ITUC: #workers' access to justice is absent or restricted in 72% of countries, while 80% of nations prejudice the right to collective bargaining #law #RuleOfLaw

Analysis: the indefensible assaults on workers' rights come at a time when democracy, the welfare state and free markets are all at risk of annihilation; gig economy participants are particularly vulnerable

To watch: COVID-19 may be cited by governments and large corporations to steamroller what remains of capitalism with a soul; this is an issue which transcends colour #BlackLivesMatterUK #WhiteLivesMatter #AllLivesMatters https://t.co/3JjvivhxwF

Bloomberg: #Japan saw the number of international tourists drop by more than 99.9% in 04/2020 compared to the April 2019 figure – raising fears of total economic collapse #COVID__19

#Japan National Tourism Organisation: the >99.9% drop in international tourists is the worst since records began in 1964; citizens from more than 100 nations are now barred from entering the country

Analysis: #Japan received 31.9m international visitors in 2019, and had been targeting a record 40m arrivals this year before the world allowed #COVID__19 to turn it upside down #SARSCoV2

To watch: the economic implications of the global response to #COVID__19 risk being truly staggering; transcending an authoritarian dystopia is now priority number one https://t.co/6cI1C7g033

London: the British pound sterling begins what looks like a long descent against other major world currencies as both #Brexit and #COVID19 uncertainty wreck global perceptions of the United Kingdom

Sterling weakened by 0.7% against the US dollar and 0.4% against the euro as the UK rapidly transitions from a 'managed democracy' to a 'managed society' #SARSCoV2 #COVID19 #Currencies

Analysis: the pound has fallen in all but four Mays since 2000 and every single May over the past decade as investors gradually reduce their holdings in what was the world's dominant currency #forextrader

To watch: #Brexit will further erode the value of #GBP, but the extent of needless economic damage during 2020-21 could yet surpass all forecasts #COVID19 #Brexit #economics https://t.co/1TExCPGGK0

Rome, Milan and Venice are now ghost towns as the entire country of #Italy is placed in '#lockdown' to combat the most hyped disease since #SARS #lockdownitalia

Analysis: there is a serious risk that the non-stop #media barrage of #coronavirus coverage will create a climate in which #authoritarian laws become the new inevitable #italylockdown

To watch: governments need to be held accountable, especially when contagious diseases with relatively few fatalities are being invoked as a justification for stopping normality itself https://t.co/W4rR2gNY2E #COVID2019uk #coronavirusuk #lockdownitalia

The UK government has narrowly avoided jumping the neo-fascist shark with the resignation of Andrew #Sabisky, a new adviser to #BorisJohnson whose views on #women and ethnic minorities are textbook dehumanisation

#Sabisky – a self-styled 'political forecaster' – has proposed the mass deployment of 'enforced contraception', and claims that black Americans are more likely to have an 'intellectual disability' #racism #WomensRights

Analysis: the fact that #Sabisky got appointed at all shows that the UK risks becoming a junk #democracy, with basic democratic and humanitarian norms noticeable by their absence #BorisJohnson

To watch: the current #Conservative administration may go down as the most loathed #government in the history of a United Kingdom it could yet destroy; its political capital is already deep in negative territory #Brexit https://t.co/Ve0NuO6mEW

2020 was never going to be the quietest of years, but the sudden and rapid descent into a possible war between the United States and Iran – a fall signalled by the extra-judicial killing of the senior Iranian military official Qasem Soleimani via a Donald Trump-authorised drone strike near Baghdad International Airport – could yet provide a diabolically loud soundtrack to the next twelve months (and far beyond).

Trump – who is facing serious domestic pressures – may have any number of motivations for pursuing the kind of military adventurism that his administration has thus far avoided. But whether he is trying to appease his more hawkish donors, or merely channelling the classic 1997 movie Wag the Dog – a political satire in which a sitting US president fabricates a war in Albania in order to distract voters from a sex scandal – a conflict with Iran is unlikely to yield the results he is seeking for at least the following five reasons: 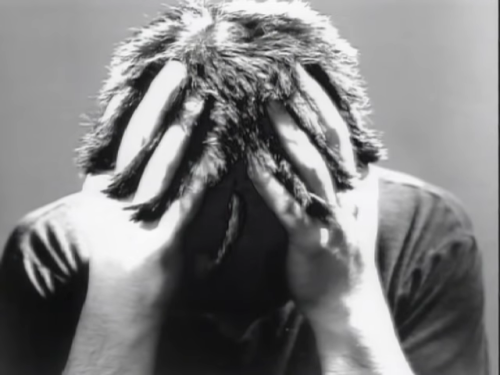 The planned 2020 launch of the Eco means that:

1. The CFA Franc will no longer exist in its current form;

2. 50% of the reserves of the West African regional currency will no longer be held in the French treasury; and

3. French governance of the regional currency 'will end'

Analysis: the launch of the #Eco is a long-overdue step towards West African regional economic integration, but serious challenges remain to be transcended if the project is to attain its true potential #economy #currencies #Africa

To watch: the stringent, #euro-style convergence criteria for entry to the #Eco may cause huge amounts of needless human suffering in an already-poor part of the world; these need urgent rethinking #Africa #debt #Currencies #poverty https://t.co/6czoxvz1CO

#GeneralElection19: sixth-formers at the George Spencer Academy in Nottinghamshire were ordered not to leave their classrooms during the visit of #Boris Johnson for 'security reasons', a move which raises all kinds of questions #BorisJohnson #edu

Analysis: the incumbent Conservative administration has made a series of incredible tactical blunders, but the need to shield the Prime Minister from anything approaching organic dialogue evinces a more worrying fundamental weakness #BorisJohnson #Brexit

To watch: the overturning of Boris Johnson's #Uxbridge and South Ruislip majority of 5,034 could yet presage a bigger political earthquake than #Brexit itself; his trademark insouciance is notable by its absence #BorisJohnson https://t.co/8N8bUUZdz0

Building the Future: Belgrade and Sarajevo Uniting Under the Turks!

The #Belgrade–#Sarajevo highway is being built and financed by Turkish corporations, a paradoxical act which marks the complete and final collapse of modern Serbian nationalism #Bosnia #Serbia #Turkey

Analysis: the start of construction on the new highway linking Serbia and Bosnia illustrates that 'othering' narratives are an irrelevance in the face of overwhelming #capital flows #revisionism #history #historyteacher

To watch: Serbia's deepening alliance with #Turkey includes a pledge to increase defence cooperation; the two nations seem to have belatedly realised that they have almost everything of note in common #Balkans https://t.co/f8A2SKaSD7

Henley Passport Index 2019: #Asia is home to the world's three most valuable passports – Japan, Singapore and South Korea – as well as the three least-coveted: Syria, Iraq and Afghanistan

According to the Henley Passport Index 2019, Japanese and Singaporean passport-holders enjoy visa-free access to a stunning 190 other countries, with South Korea (188) scarcely behind #Asia #Japan #Singapore

Analysis: intriguingly, citizens of passport index cellar-dweller #Afghanistan still have visa-free access to twenty-five other countries; however, only one of them – Bangladesh – is located in South #Asia

To watch: passport indices are remarkably dynamic over time, and the Henley Passport Index rankings – which have changed markedly in recent years – will surely be shaken up again https://t.co/IEOn5lyh4D #Asia #AsianCentury